Be sure to check back soon, you can also add your own spotted owl picture to our website, refer to our homepage for information on doing that.

Feel free to download these spotted owll pictures to your own computer.

Here is some general information on the spotted owl.

The Spotted Owl, Strix occidentalis, is a species of owl. It is a resident species of forests in western North America, where it nests in tree holes, old bird of prey nests, or rock crevices. Nests can be between 13 and 66 yards (12 to 60 meters) high and usually contain two eggs (though some will contain as many as four). It is a strictly nocturnal owl, which feeds on small mammals and birds.

The Spotted Owl is similar in appearance to the Barred Owl but has cross-shaped markings on the underparts whereas the Barred Owl is alternately barred on the breast and streaked on the belly. Barred Owls are larger and grayer than Spotted Owls. In recent years the California and Northern subspecies of Spotted Owl have been displaced by Barred Owls, which are more aggressive, have a broader diet and occur in more varied habitats. 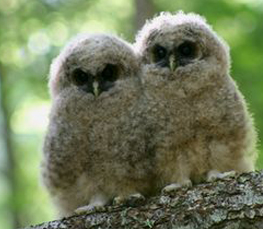 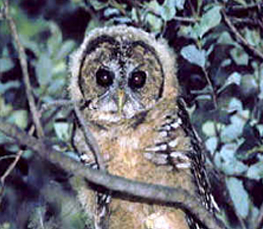 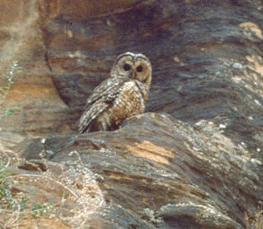 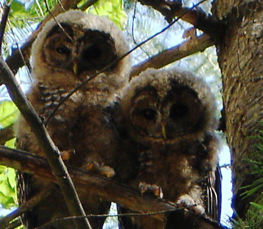 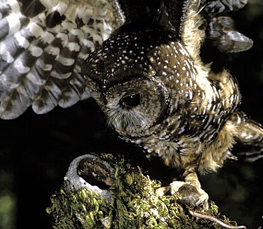 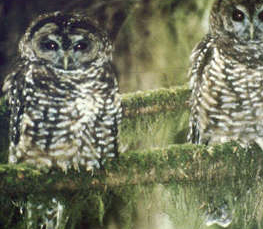 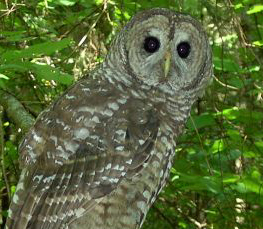 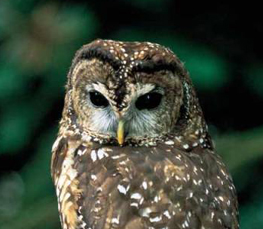 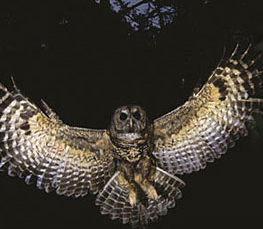 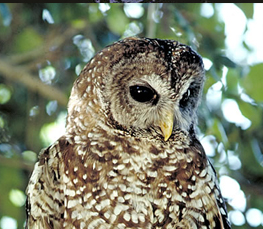 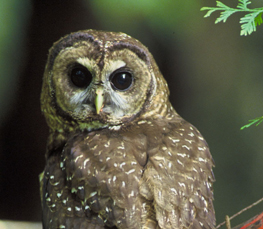 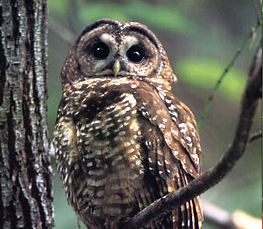