Feel free to download these flammulated owl pictures to your own computer.

Be sure to check back soon, you can also add your own flammulated owl picture to our website, refer to our homepage for information on doing that.

Here is some general information on the flammulated owl.

The Flammulated Owl (Otus flammeolus) is a small, nocturnal owl approximately 15 cm (6 in) long with a 36 cm (14 in) wingspan. It breeds from southern British Columbia and the western United States to central Mexico. The Flammulated Owl is similar in appearance to the Western Screech Owl but is only about one-quarter the mass, lacks large ear tufts, has dark eyes and a different voice (but has small ear tufts that are barely visible). The Elf Owl is smaller and the Northern Pygmy-Owl is approximately the same size.

The call is a series of relatively deep single or double hoots.

The Flammulated Owl nests in tree cavities and has 2–4 young at a time after a 26-day incubation period. Nesting habitat in the western U.S. and Canada is usually mature, open ponderosa pine and Douglas-fir forests. They mostly feed almost entirely on insects, but will very occasionally eat small mammals such as shrews. Unlike many owls, they are migratory, leaving Canada and the United States in the fall. In the winter, they are found in northern Central America, from southern Mexico to Guatemala and El Salvador.

To view the images in full size just click on the owl images. 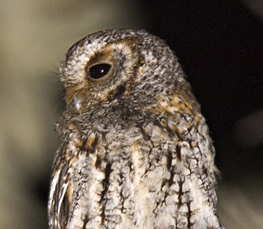 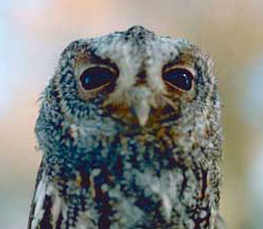 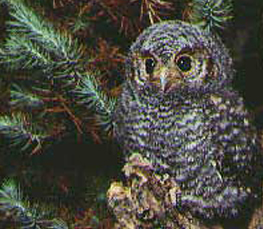 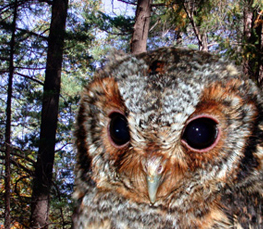 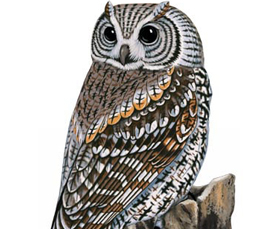 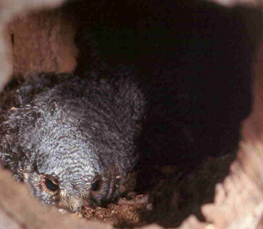 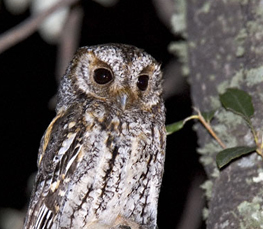 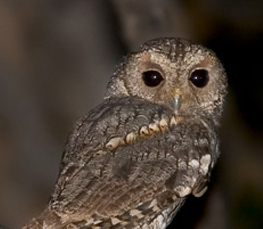 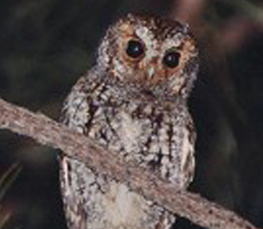 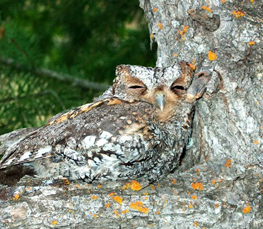 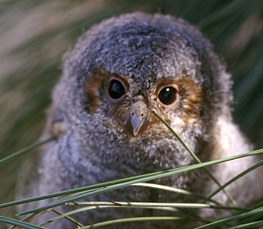