Feel free to download these boreal owl pictures to your own computer.

Be sure to check back soon, you can also add your own boreal owl picture to our website, refer to our homepage for information on doing that.

Here is some brief general information on the boreal owl:

The Tengmalm's Owl, Aegolius funereus, is a small owl. It is known as the Boreal Owl in North America. This species is a part of the larger grouping of owls known as typical owls, Strigidae, which contains most species of owl. The other grouping is the barn owls, Tytonidae.

This bird breeds in dense coniferous forests across northern North America and Eurasia, and in mountain ranges such as the Alps and the Rockies. It lays 3-6 eggs in a tree hole. Across much of Europe, and to a lesser extent in Asia and North America, naturalists and biologists put up nest boxes for these and other small owls.

This species is not normally migratory, but in some autumns significant numbers move further south. It is rarely any great distance south of its breeding range, although this is partly due to the problems of detecting this nocturnal owl outside the breeding season when it is not calling.

This smallish owl eats mainly voles and other mammals but also birds as well as insects and other invertebrates. It is largely nocturnal, though in the northern most parts of its range, it is forced to hunt during daylight because of the very short nights in summer.

To view the boreal owl photos in full size just click on the picture. 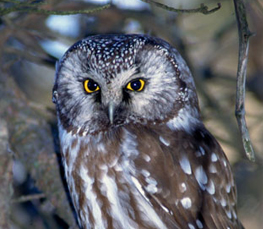 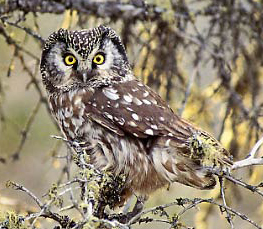 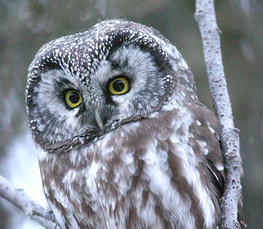 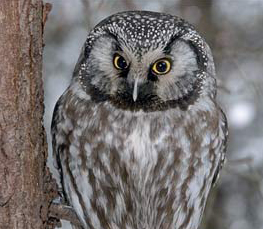 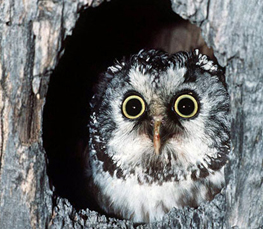 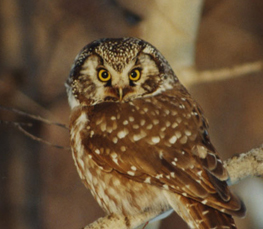 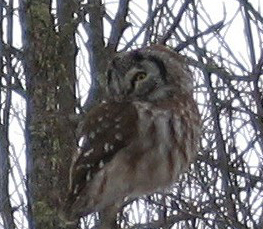 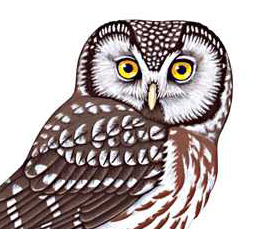 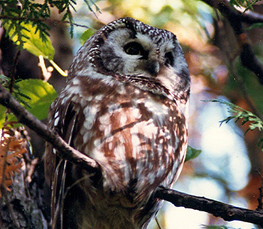 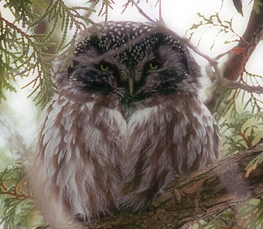